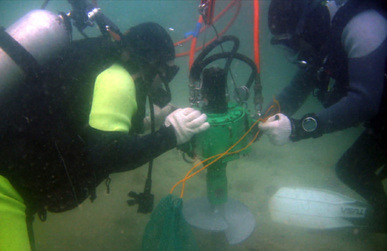 Coral Reefs need our help and simply restoring the reefs doesn’t solve the problem of the constant damage and abuse that they suffer. Anchor damage is the most preventable form of damage caused by humans.
There is very little doubt that mooring buoys placed in coral areas reduce the amount of coral damage caused by anchors in these areas, in most cases by more than 80%
Mooring buoys are also an important management tool in that they are useful in controlling the usage of certain areas by somewhat restricting the boat usage at the dive sites and encouraging boats to move to another site.

Over the past few years there has been a steady increase in the number of visitors to marine areas. Most of these people carry out water/marine based activities like kayaking, snorkeling, swimming and diving.
Vessels are sometimes part of the logistics required to support these group of participants and the boats need to be close keeping the engines running is not a safe solution, they need to anchor to stay in position.
Mooring buoys allow boats to attach in areas where normal anchoring would cause damage to sensitive, fragile or delicate sea bed.
We have observed and collected data that existing damage would benefit from the additions of fixed moorings.
Dive Tribe have worked on and researched several systems and believe the Helix Ground Tackle with a marker buoy to be the best solution, it has proven its self suitable and has been installed in the Philippines, Egypt and Australia’s special coral areas. 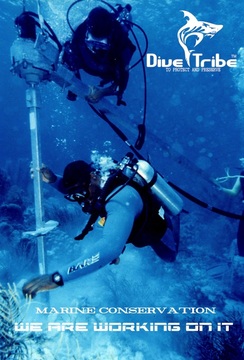 The mooring ground tackle is installed into the reef bed by a what is essentially a large hydraulic screwdriver which can deliver 9 tons of torque.
This in no way harms the corals or surrounding environment and once installed leave just a 10cm footprint on the seabed. Traditional use of concrete blocks weighing several tons has proved damaging to the coral environment through movement. They are also difficult to install as dropping several tons of concrete on the seabed is never accurate and can damage the corals below.
We also realise that mooring buoys in the past have been stolen, and it is with this in mind we have developed an anti theft system which we feel will deter and make it difficult to remove the buoys. The buoys will also have penalties for misuse and theft and anyone caught will be subject to stiff fines/ prosecution from the local government or marine park officials.
Mooring buoys will help restore and rejuvenate the reefs back to their former glory, this will allow fish to have new spawning grounds which repopulate the new reefs and have far reaching benefits for tourism and the local fishing communities.
CLICK "HERE" TO SEE OUR VIDEOS OF THE MOORING BUOY PROJECT

Look at this anchor damage here in Pattaya
If You're a Company or Corporation why not "Sponsor a Buoy?"
Have Your Company Logo On Your Own Buoy
It Shows The Public You Care About Our Marine Environment
Contact Us To Find Out How

Thank You from all The Team at DT